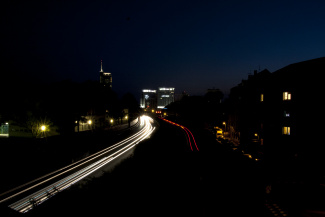 The A40 divides Essen in two parts, South and North. The further south you go the bigger the houses become, the richer the people look. It is the opposite if you are going to the north. The city needs to unity by clothing the A40, burying it in a tunnel, creating a bike lane on top of it, couldn't be that difficult.

Those stupid urban developers in Essen have no vision what a nice city Essen could be. They don't get it.
Instead of paying a lot of money for Museums, Opera houses, Football they can use the money for a real uniting project. But they don't - and they never will.